Date:  1592 – 1594. I’ve seen suggestions that it pre-dates Titus Andronicus and The Comedy of Errors, but I find it hard to believe that a writer could experience such a pronounced backslide.

First read: Leon Garfield’s abridged version around 1992, then the full version in the early 2000s.

Productions seen: Shakespeare: The Animated Tales in the 90s, two or three student productions at the Fringe, Brite Theatre’s excellent Richard III: A One-Woman Show (which is coming back to the Scottish Storytelling Centre next month and you should absolutely go and see it), and most recently the Almeida’s production starring Ralph Fiennes.

Productions worked on: None. Which sucks. I’d love to get my teeth into this one. 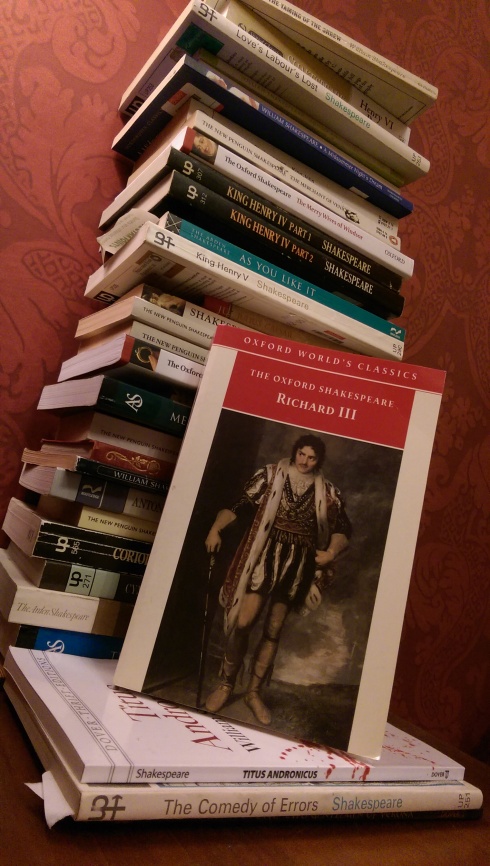 NEXT TIME: The Taming of the Shrew